“Polished Man” Campaign a Worthy Cause 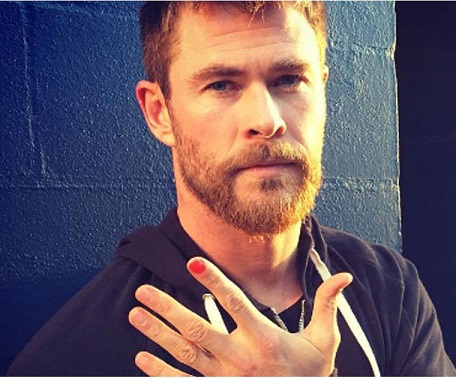 Across social media this October, celebrities have been posting pictures of themselves with one fingernail painted as part of the “Polished Man” campaign. The movement was started by Elliot Costello, CEO of Australian non-profit organization YGAP. Costello was inspired by his meeting in 2013 with Thea, a young girl from Cambodia who had been rescued after two years of abuse in an orphanage she had been placed in after her father died. Thea was found by Hagar International, an organization that works to advocate and empower abused women.

Though there was a language barrier between the two, Costello and Thea struck up a friendship, and at one point Thea colored Costello’s fingernails with marker. This gesture was what gave Costello the idea for the “Polished Man”. According to YGAP statistics, one in five children around the globe are physically or sexually abused before the age of 18. Hence, the one fingernail painted out of five.

The campaign’s premise is simple; men sign up on YGAP’s website and paint one of their nails. They then post a picture of themselves with their nails on social media and this acts as a conversation starter both online and in real life. The goal is to raise awareness about this issue and direct other men to the website to sign up and donate. Prominent celebrities such as Chris Hemsworth and Zac Efron have taken up the cause on social media.

The simple process and powerful message of “Polished Man” is extremely valuable in bringing attention to the worldwide epidemic of child abuse. It’s a cause that is easily and effectively communicated through the unique symbol of the one painted nail. This campaign is distinctively valuable because it places the responsibility on men specifically to address this rampant issue. The contribution of women to the campaign is of course extremely important, and many women are showing support for the men in their lives who have taken up the cause by sharing pictures of them and their nails on social media, with the caption “I prefer a #polishedman”.

However, statistics show that around 90% of all child abusers worldwide are men, which makes it especially important that men stand up for this issue. As Chris Hemsworth wrote in his Instagram post, “Being a @PolishedMan isn’t just about remembering to buy flowers, how many rounds you shot, or how much you lift. It’s about saying no to violence against children.”