It’s been a tough year for Hollywood marriages, and now another celebrity partnership has come to an end. Power couple Angelina Jolie and Brad Pitt reportedly separated on September 15, after just a little over two years of marriage. Jolie filed for divorce, citing “irreconcilable differences.” Though they haven’t been married for long, the two have been together for over twelve years, and have six children together.

When the story first broke earlier this week, neither side was saying much. According to news reports, Jolie asked for full physical custody of the children, which would grant Pitt visitation rights only. Many thought this was an unusual move for a family that has been accustomed to co-parenting, perhaps suggesting that something about Pitt’s behavior has made Jolie question his parenting ability.

Now the story unfolds even further, with reports that Pitt is under investigation for child abuse after allegedly getting physical with his children on a plane. 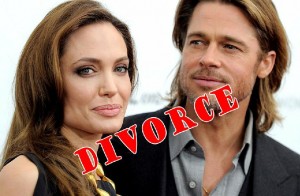 Divorces like this can be extremely hard on the children involved, especially in such a high-profile environment. Chicago based family lawyer and former Judge of the Circuit Court of Cook County, Michael Ian Bender, has many years of experience navigating divorce and paternity cases, and knows how difficult it can be for the children.

“Without having verified the allegations, I can say with certainty that emotional trauma to young children can and often does have negative lasting effects on them into adulthood,” says Bender. “Separating a child from continued emotional trauma is a necessary step in ensuring that he or she develops into a healthy independent adult,” he adds.